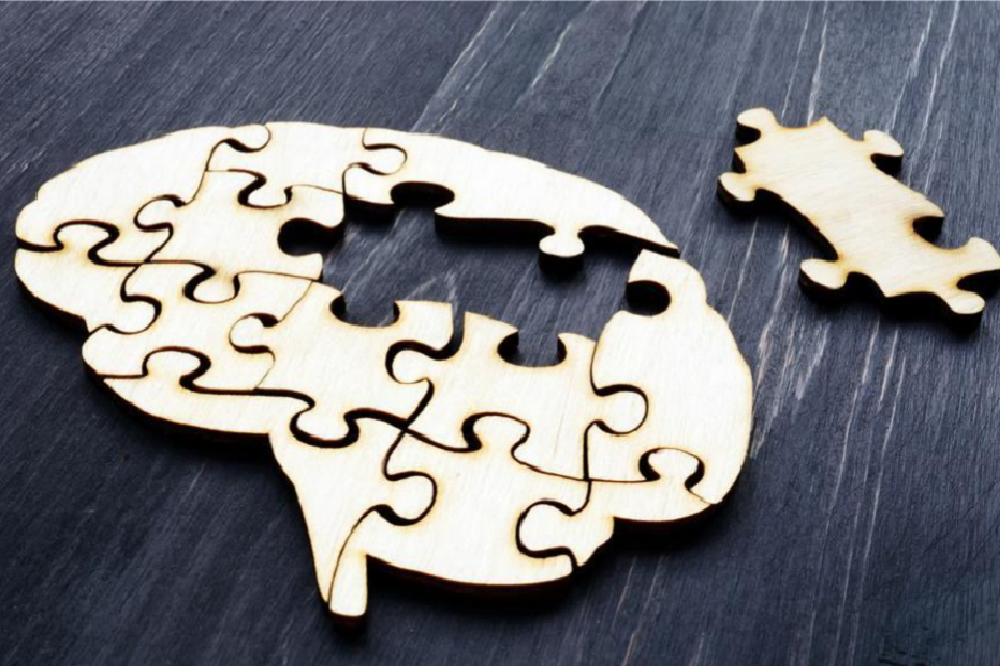 Apollo Health is pleased to share their first publication, which demonstrates that a majority of participants experienced an improvement in cognition. An analysis of their ReCODE Protocol™ entitled “ReCODE: A Personalized, Targeted, Multi-Factorial Therapeutic Program for Reversal of Cognitive Decline,” was just published in Biomedicines, a peer-reviewed scientific journal and shows memory scores significantly improved for 51% of the participant pool, which consisted of individuals with subjective cognitive impairment (SCI), mild cognitive impairment (MCI), and early Alzheimer’s disease (AD).

These results offer hope that the era of Alzheimer’s as a terminal illness is coming to a close. 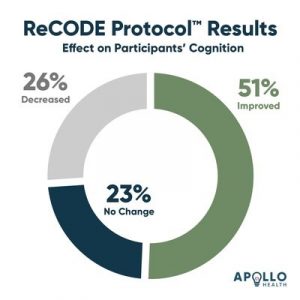 The results of this analysis are more positive than any other Alzheimer’s therapy to date. Cognition was stabilized or improved for 74% of the dataset compared to other therapies that have merely slowed the rate of decline, which is typically treated as a success.

The participants in this analysis all used the ReCODE Protocol (ReCODE is short for reversal of cognitive decline) to address their symptoms. This is a comprehensive program based on the research of Prof. Dale Bredesen, which creates a personalized report to specifically target the contributors of each person’s cognitive decline through a software-based algorithm analysis of labs, medical questionnaires, and cognitive testing.

In addition to addressing the specific drivers of their cognitive decline, which could include glycotoxicity, a lack of hormonal support, toxins, etc., all participants were encouraged to use specific diet and lifestyle strategies.

This brain-healthy lifestyle is summarized with the Bredesen Seven (B7) which includes the KetoFLEX 12/3 diet, a mildly ketogenic plant-rich diet with a prescribed fasting period; an exercise program comprised of both aerobic and anaerobic exercise; 7–8 h of quality, restorative sleep through the adoption of a sleep hygiene program (and treatment of nocturnal hypoxemia if present); a stress management program emphasizing regular deep breathing breaks with meditation; regular brain training, other learning opportunities, as well as the maintenance of social connectivity; an avoidance of toxins along with instructions to upregulate detoxification; and, finally, personalized supplement recommendations based upon the participant’s lab values.

AD is one of the leading causes of death worldwide. It is progressive and ultimately fatal. Even the recently approved drug aducanumab does not stabilize or reverse symptoms. This makes the need to develop effective prevention and treatment increasingly pressing.

This analysis builds on a small proof of concept clinical trial that also utilized the ReCODE Protocol. In that trial, which had higher rates of adherence, the results were even more impressive, with 84% of participants experiencing cognitive improvement. According to Rammohan Rao, Ph.D., Apollo Health’s principal research scientist and lead author, “Taken together, these results offer hope that the era of Alzheimer’s as a terminal illness is coming to a close.”

Please join us for a Facebook Live at 2:00 p.m. PT on October 21st with the authors of this paper.  To join the Facebook Live, click here: https://www.facebook.com/drdalebredesen. For more information about Apollo Health, go to https://apollohealthco.com