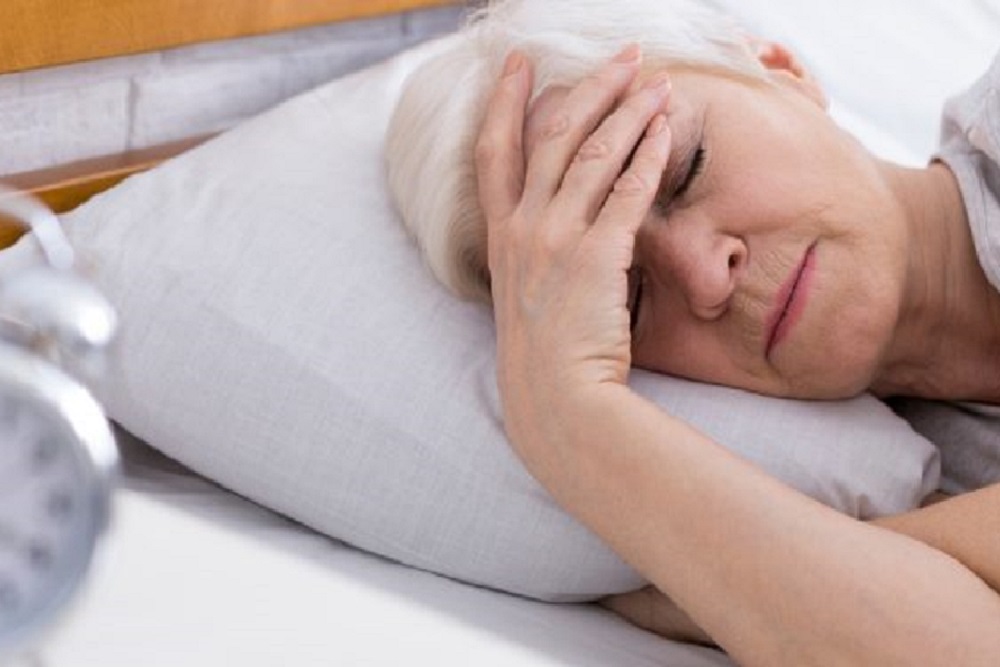 A new study led by researchers at UCLA Health has found that cognitive behavioral therapy (CBT-I) prevented major depression, decreasing the likelihood of depression by over 50% as compared to sleep education therapy in adults over the age of 60 with insomnia.

Their findings, reported today in JAMA Psychiatry, could advance public health efforts to effectively treat insomnia and prevent major depression disorder (MDD) in older adults – a growing population that is projected to rise from about 54 million Americans aged 65 and older today to about 86 million in 2050.

More than 10% of community dwelling adults older than 60 years will experience a major depression later in life in any given year. Late-life depression increases the risk of health conditions such as heart disease and high blood pressure, cognitive decline, and suicide particularly in men. Despite its prevalence in older adults, depression often goes undiagnosed and untreated. And, even among those who receive treatment, only about one-third get better or achieve remission.

“Given that older adults account for nearly 20% of the U.S. population and are the most vulnerable for health risks associated with depression, effective depression prevention is urgently needed,” said Dr. Michael Irwin, lead author of the study and the director of the Cousins Center for Psychoneuroimmunology at the Semel Institute for Neuroscience, and a Professor of Psychiatry and Biobehavioral Sciences at the David Geffen School of Medicine at UCLA. “Insomnia more than doubles the risk for major depression. By targeting insomnia and effectively treating it with CBT-I, depression can be effectively prevented by over 50% in community dwelling older adults with insomnia.”

Insomnia, a condition where people have difficulty falling and staying asleep, occurs in nearly 50% of adults 60 years of age or older and when it occurs, the risk of depression is more than doubled. Although various types of sleep medications are often used to treat insomnia, they provide only temporary relief and pose a risk for daytime side effects such as prolonged drowsiness or headache, and dependency.

Accordingly, CBT-I is recommended as the first line of treatment for people with insomnia and has been highly effective in its treatment. This type of therapy typically centers around working with a therapist to help identify and change inaccurate or distorted thinking patterns, emotional responses, and behaviors.

To find out, the researchers enrolled 291 adults 60 years and older with insomnia but who had not experienced any depression for 12 months or longer, randomly assigning half the group to receive CBT-I by a trained psychologist, with the other half to receive sleep education therapy (SET) from a public health educator. SET includes education about sleep, healthy sleep habits and the impact of stress on sleep. Both groups received weekly 120-minute group sessions for two months and then underwent follow-up for three years.

Over the course of 36 months of follow up, participants completed monthly questionnaires to screen for symptoms of depression and/or from insomnia and were diagnostically interviewed every six months to determine whether an episode of clinical depression had occurred.

Second, remission of insomnia that was continuously sustained during follow-up was more likely in the CBT-I group as compared to SET. Among those who received CBT-I and had sustained remission of insomnia, the likelihood of depression was reduced by 83%. Depression occurred in over 27% of the older adults in the SET group who did not have insomnia remission, whereas depression occurred in less than 5% of those in the CBT group who achieved insomnia remission.

These findings suggest that treatment with CBT-I provided significant benefit to prevent incident and recurrent major depressive disorder in older adults with insomnia and that it did so by treating insomnia, a known risk factor for depression.

“Our study was one of the largest selective prevention trials with the longest follow up to show that treatment of insomnia, a modifiable risk factor for depression, can robustly prevent the onset of a clinical episode of depression in older adults with insomnia who were not depressed at entry,” said Dr. Irwin. “We also showed that CBT-I produced sustained remission of insomnia. Treatment of insomnia, along with prevention of depression, taken together, could have huge public health implications in reducing health risks, suicide and cognitive decline in older adults.”

PrevPreviousStudy offers insights on why the elderly are more susceptible to COVID-19
NextKey step toward personalized medicine: Modeling biological systemsNext