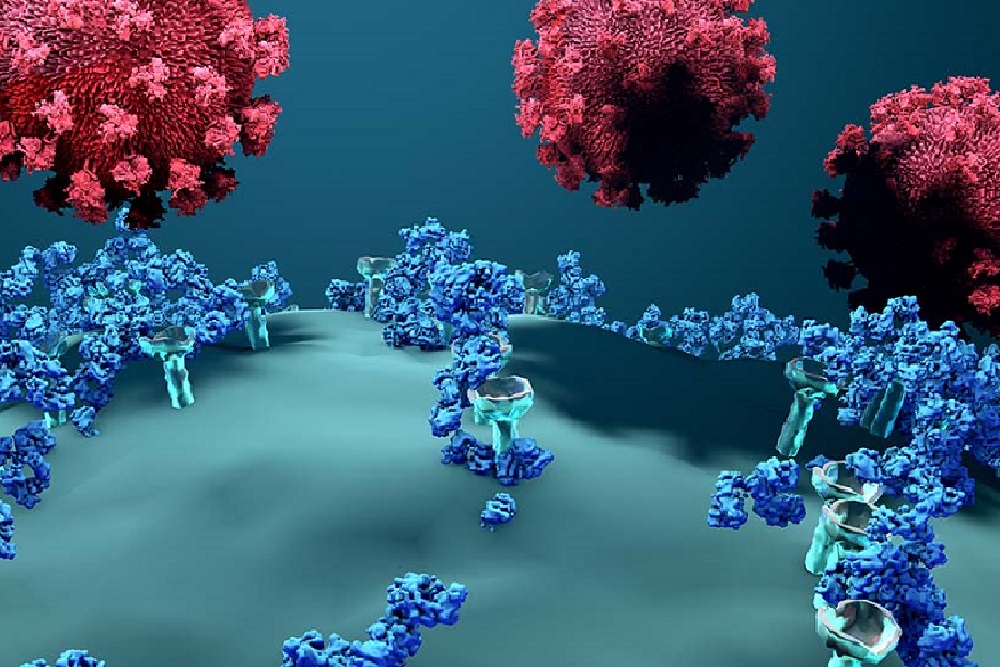 A study from researchers at Columbia University Vagelos College of Physicians and Surgeons reports that the brains of a small sample of patients who died of COVID display some of the same molecular changes found in the brains of people with Alzheimer’s disease.

The findings could help explain the memory problems reported by sufferers of “long COVID,” though the researchers caution that the study is small — with data from only 10 patients — and needs to be replicated by others.

The study was published in Alzheimer’s & Dementia: The Journal of the Alzheimer’s Association.

Early reports of “brain fog” and persistent cardiac symptoms in COVID survivors prompted the Columbia researchers to investigate how certain molecules called ryanodine receptors were affected in this new disease.

Defective ryanodine receptors have been implicated in diverse pathogenic processes, ranging from heart and lung disease to the brain’s response to stress and Alzheimer’s disease, as reported in research led by Andrew Marks, MD, chair of the Department of Physiology & Cellular Biophysics at the Vagelos College of Physicians and Surgeons, who led the new study.

“When the COVID pandemic hit, like everybody else I was interested in being helpful and doing what we could do,” says Marks. “What we found is really I think quite unexpected: Not only did we find defective ryanodine receptors in the hearts and lungs of deceased COVID patients, we also found them in their brains.”

Inside neurons, defective ryanodine receptors have previously been linked to an increase in phosphorylated tau, a well-known hallmark of Alzheimer’s.

In the new study, the Columbia researchers found high levels of phosphorylated tau in the brains of the COVID patients in addition to defective ryanodine receptors.

Increased levels of phosphorylated tau in the brain are believed to be linked to memory problems in Alzheimer’s and could be causing similar issues in people with long COVID, Marks says.

Based on the findings, together with additional changes found in the brain, the investigators theorize that the immune response characteristic of severe COVID causes inflammation in the brain, which in turn leads to dysfunctional ryanodine receptors and then increases in phosphorylated tau. No changes in the pathways that lead to the formation of amyloid beta — another hallmark of Alzheimer’s — were found.

“One interpretation of these findings is that long COVID could be an atypical form of Alzheimer’s and/or that patients who had severe COVID could be predisposed to developing Alzheimer’s later in life,” says Marks, “but much more research needs to be done before we can make more definitive conclusions.”

If the memory and neurological problems of long COVID can be traced to defective ryanodine receptors, a drug under development by Marks may help. The drug is now in early clinical trials to treat a muscle disease caused by an inherited defect in the ryanodine receptor. The drug was able to fix the ryanodine defect when applied to the COVID patients’ brain tissue.

“My greatest hope is that other laboratories will look into our findings, and if they are validated, generate interest in a clinical trial for long COVID,” says Marks.

The research appears in a paper titled, “Alzheimer’s-like signaling in brains of COVID-19 patients.”

Andrew Marks is professor and chair of the Department of Physiology & Cellular Biophysics and the Clyde’56 and Helen Wu Professor of Molecular Cardiology (in Medicine) at the Vagelos College of Physicians and Surgeons and professor of biomedical engineering at Columbia University’s Fu Foundation School of Engineering and Applied Science.