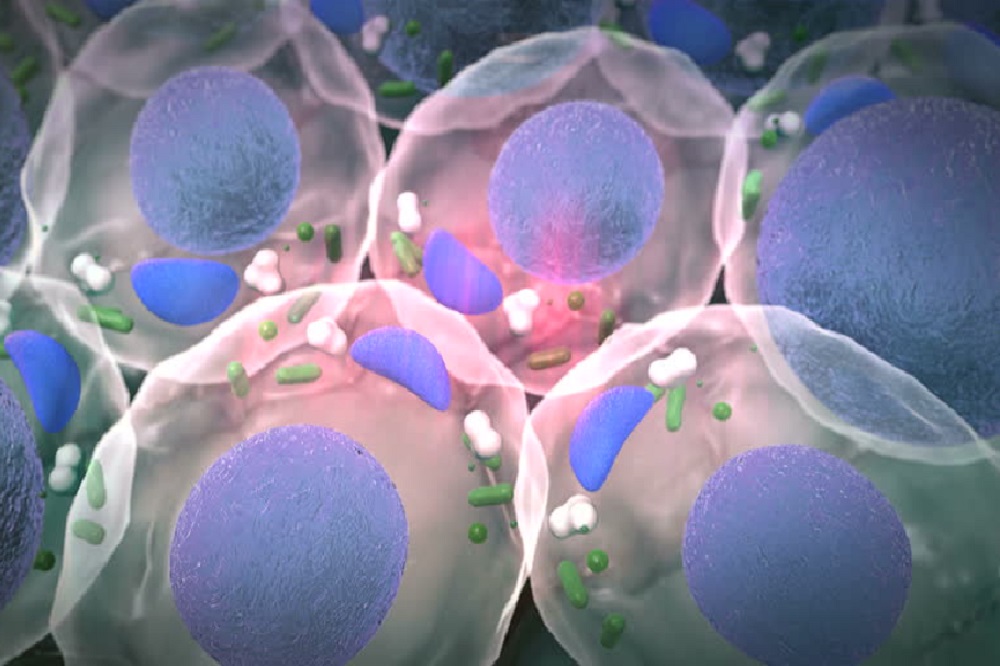 Fat tissue plays an important role in human health. However, our fat tissue loses function as we age, which can lead to type 2 diabetes, obesity, cancer and other ailments. High levels of lifelong exercise seem to counteract this deterioration. This, according to research at the University of Copenhagen, where biologists studied the link between aging, exercise and fat tissue function in Danish men.

How well does your fat function? It isn’t a question that one gets asked very often. Nonetheless, research in recent years suggests that the function of our fat tissue, or adipose tissue, is central to why our bodies decay with age, and strongly linked to human diseases like diabetes 2, cancer as obesity often develop and fat cells undergo functional changes as we get older. Thus, overall health is not just influenced by the amount of fat we bear, but about how well our fat tissue functions.

A new University of Copenhagen study demonstrates that even though our fatty tissue loses important function with age, a high volume of exercise can have a significant impact for the better.

“Overall health is closely linked with how well our fat tissue functions. In the past, we regarded fat as an energy depot. In fact, fat is an organ that interacts with other organs and can optimize metabolic function. Among other things, fat tissue releases substances that affect muscle and brain metabolism when we feel hungry and much more. So, it’s important that fat tissue works the way it should,” explains Assistant Professor Anders Gudiksen of the University of Copenhagen’s Department of Biology.

Gudiksen and a group of colleagues looked at the role of age and physical training in maintaining fat tissue function. Specifically, they studied mitochondria, the tiny power plants within fat cells. Mitochondria convert calories from food to supply cells with energy. To maintain the life processes within cells, they need to function optimally.

The researchers compared mitochondrial performance across a range of young and older untrained, moderately trained and highly exercise trained Danish men. The results demonstrate that the ability of mitochondria to respire — i.e., produce energy — decreases with age, regardless of how much a person exercises. However, Anders Gudiksen explains:

“Although mitochondrial function decreases with age, we can see that a high level of lifelong exercise exerts a powerful compensatory effect. In the group of well-trained older men, fat cells are able to respire more than twice as much as in untrained older men.”

Just as a car engine produces waste when converting chemical to usable energy, so do mitochondria. Mitochondrial waste comes in the form of oxygen free radicals, known as ROS (Reactive Oxygen Species). ROS that isn’t eliminated damages cells and the current theory is that elevated ROS can lead to a wide range of diseases including cancer, diabetes, cardiovascular disease and Alzheimer’s. Therefore, the regulation of ROS is important.

“The group of older people who train most form less ROS and maintain functionality to eliminate it. Indeed, their mitochondria are better at managing waste produced in fat cells, which results in less damage. Therefore, exercise has a large effect on maintaining the health of fat tissue, and thereby probably keeping certain diseases at bay as well,” says Gudiksen.

The researchers can also see that the older participants who exercised most throughout life have more mitochondria, allowing for more respiration and, among other things, an ability to release more of the fat-related hormones important for the body’s energy balance.

‘Our results show that you can actually train your fat tissue to a very high degree — but that you needn’t cycle 200km a week to achieve a positive effect. What you shouldn´t do, is do nothing at all,” concludes Anders Gudiksen, who hopes that the research world will focus more on what people can do to maintain the health of their fatty tissue.

The next step for the UCPH researchers will be to investigate where exactly cellular damage occurs when people don’t exercise and what impact this has on the body as a whole over time. Concurrently, the researchers are exploring ways to pharmacologically manipulate the mechanism in the mitochondria that converts calories into heat instead of depositing calories as fat, in turn lowering the production of the harmful oxygen radicals.