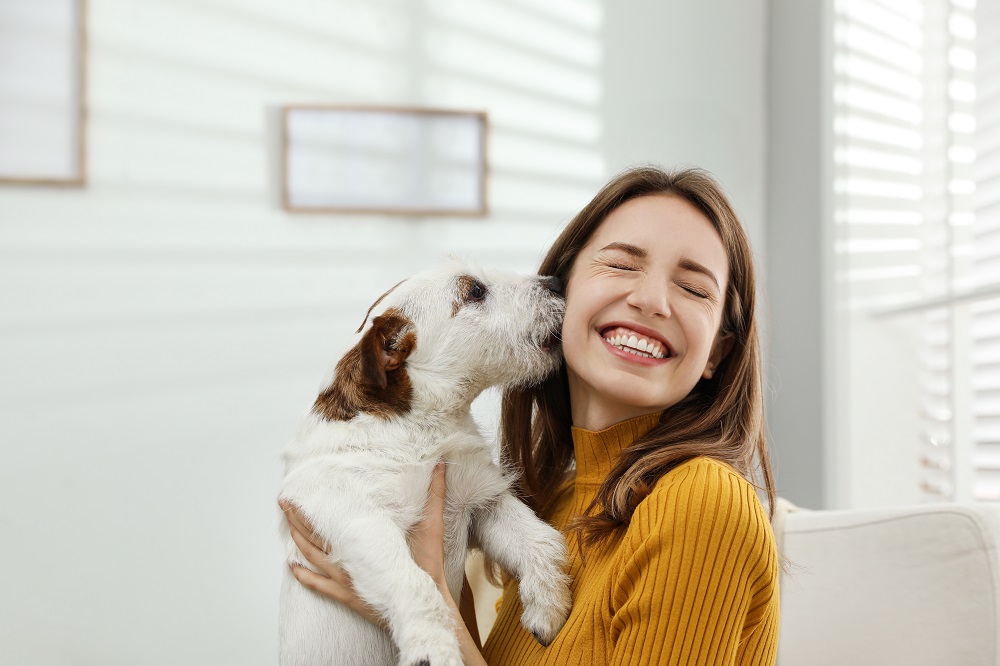 The physiological processes associated with an acute psychological stress response produce changes in human breath and sweat that dogs can detect with an accuracy of 93.75%, according to a new study published this week in the open-access journal PLOS ONE by Clara Wilson of Queen’s University Belfast, UK, and colleagues.

Odors emitted by the body constitute chemical signals that have evolved for communication, primarily within species. Given dogs’ remarkable sense of smell, their close domestication history with humans, and their use to support human psychological conditions such as anxiety, panic attacks and post-traumatic stress disorder (PTSD), researchers wondered whether dogs could be sensing chemical signals to respond to their owners’ psychological states.

In the new study, the researchers collected samples of breath and sweat from non-smokers who had not recently eaten or drank. Samples were collected both before and after a fast-paced arithmetic task, along with self-reported stress levels and objective physiological measures: heart rate (HR) and blood pressure (BP). Samples from 36 participants who reported an increase in stress because of the task, and experienced an increase in HR and BP during the task, were shown to trained dogs within three hours of being collected. Four dogs of different breeds and breed-mixes had been trained, using a clicker as well as kibble, to match odors in a discrimination task. At testing, dogs were asked to find the participant’s stress sample (taken at the end of the task) while the same person’s relaxed sample (taken only minutes before, prior to the task starting) was also in the sample line-up.

Overall, dogs could detect and perform their alert behavior on the sample taken during stress in 675 out of 720 trials, or 93.75% of the time, much greater than expected by chance (p<0.001). The first time they were exposed to a participant’s stressed and relaxed samples, the dogs correctly alerted to the stress sample 94.44% of the time. Individual dogs ranged in performance from 90% to 96.88% accuracy.

The authors conclude that dogs can detect an odor associated with the change in Volatile Organic Compounds produced by humans in response to stress, a finding that tells us more about the human-dog relationship and could have applications to the training of anxiety and PTSD service dogs that are currently trained to respond predominantly to visual cues.

The authors add: “This study demonstrates that dogs can discriminate between the breath and sweat taken from humans before and after a stress-inducing task. This finding tells us that an acute, negative, psychological stress response alters the odor profile of our breath/sweat, and that dogs are able to detect this change in odor.”