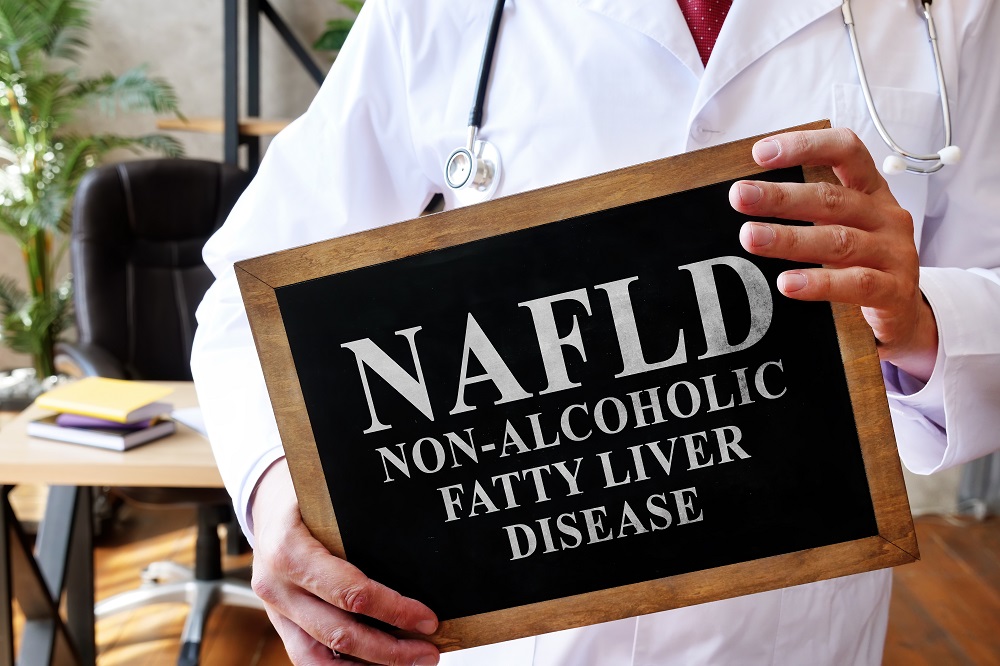 Revealing the mystery behind the threat of non-alcoholic liver disease

Researchers revealed how non-alcoholic fatty liver disease can develop into a life-threatening complication. Their discovery will accelerate the search for therapeutic solutions. The study was led by Helmholtz Zentrum München in collaboration with the Heidelberg University Hospital and the German Center for Diabetes Research.

Non-alcoholic fatty liver disease is the most common liver disorder worldwide and is present in approximately 25 percent of the world’s population. Over 90 percent of obese, 60 percent of diabetic, and up to 20 percent of normal-weight people develop it. A key feature of the condition is the accumulation of fat in the liver. A liver can remain fatty without disturbing normal function; however, fat accumulations may progress into a so-called non-alcoholic steatohepatitis — an aggressive form of the non-alcoholic fatty liver disease combined with inflammation and sometimes fibrosis. Non-alcoholic steatohepatitis can lead to further complications such as liver cirrhosis, primary liver cancer and eventually death.

Liver fibrosis is a strong predictor of long-term mortality in patients with non-alcoholic fatty liver disease. The mechanisms underlying the progression from the comparatively benign fatty liver state to advanced non-alcoholic steatohepatitis and liver fibrosis are incompletely understood. “Understanding the mechanism by which this condition becomes life threatening is key in our quest for the discovery of therapeutic solutions and preventative measures,” said Stephan Herzig.

Loss of identity results in dysfunction

The researchers used comparative genomics to analyze mechanisms that control the development and specialized functions of the most abundant cell type in the liver, the hepatocyte. “Our results demonstrated that during progression to non-alcoholic steatohepatitis, hepatocytes suffer from partial identity loss, they are re-programmed,” explained Anne Loft, first co-author of the article.

The hepatocyte reprogramming is tightly controlled by a network of proteins acting as molecular switches, so-called ‘transcription factors’. Their activity results in the dysfunction of hepatocytes. The network of transcription factors that controls this process also plays a role in fibrosis progression. “These findings are important because they unravel the cellular mechanisms underlying non-alcoholic steatohepatitis. Knowing about the role of the protein networks and the identity loss of hepatocytes gives us potential intervention targets for the development of effective therapies” says Ana Alfaro, first co-author of the article.

Based on these findings, it will now be possible to develop novel approaches to effectively target certain nodes in the protein network to prevent disease progression or even revert existing fibrosis, something that is still not possible to-date.

PrevPreviousDiabetes control worsened over the past decade
NextHigher fruit, vegetable and whole grain intake linked to lower risk of diabetesNext