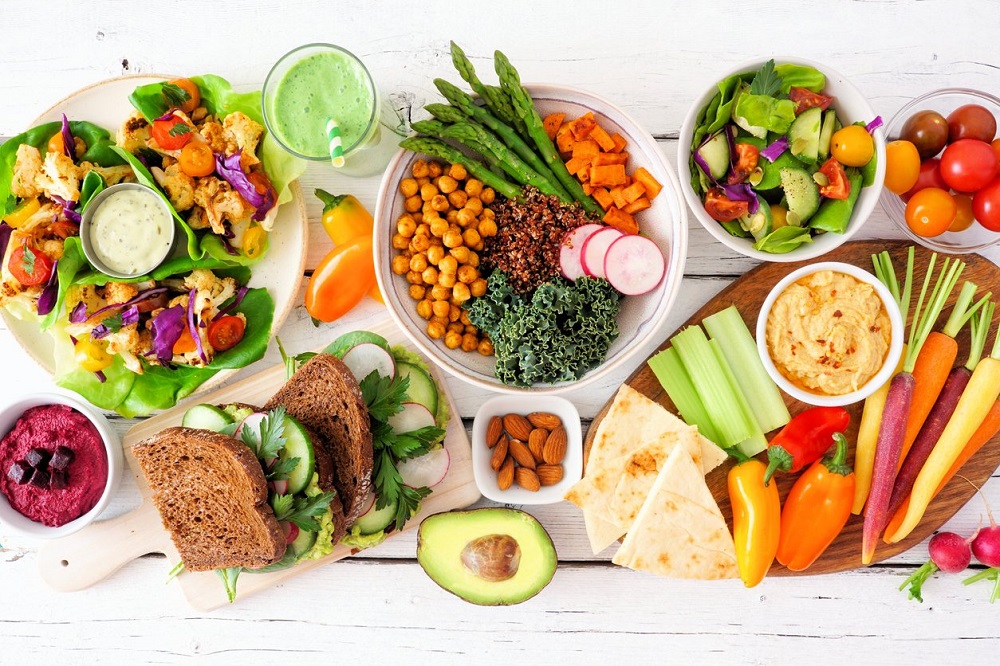 New research published in Diabetologia (the journal of the European Association for the Study of Diabetes [EASD]) finds that the consumption of healthy plant-based foods, including fruits, vegetables, nuts, coffee, and legumes, is associated with a lower risk of developing type 2 diabetes (T2D) in generally healthy people and support their role in diabetes prevention.

The study was conducted by Professor Frank Hu and colleagues at the Department of Nutrition, Harvard T.H. Chan School of Public Health, Boston, MA, USA, and aimed to identify the metabolite profiles related to different plant-based diets and investigate possible associations between those profiles and the risk of developing T2D.

A metabolite is a substance used or produced by the chemical processes in a living organism and includes the vast number of compounds found in different foods as well as the complex variety of molecules created as those compounds are broken down and transformed for use by the body. Differences in the chemical makeup of foods means that an individual’s diet should be reflected in their metabolite profile. Recent technological advances in the field of high-throughput metabolomics profiling have ushered in a new era of nutritional research. Metabolomics is defined as the comprehensive analysis and identification of all the different metabolites present within a biological sample.

Over 90% of diabetes cases are the type 2 form, and the condition poses a major threat to health around the world. Global prevalence of the disease in adults has more than tripled in less than two decades, with cases increasing from around 150 million in 2000 to over 450 million in 2019 and projected to rise to around 700 million in 2045.

The global health burden of T2D is further increased by the numerous complications arising from the disease, both macrovascular, such as cardiovascular disease, and microvascular, which damage the kidneys, the eyes, and the nervous system. The diabetes epidemic is primarily caused by unhealthy diets, having overweight or obesity, genetic predisposition, and other lifestyle factors such as a lack of exercise. Plant-based diets, especially healthy ones rich in high quality foods such as whole grains, fruits, and vegetables, have been associated with a lower risk of developing T2D but the underlying mechanisms involved are not fully understood.

The researchers tested blood samples taken back in late 1980s and 1990s in the early phase of the three studies mentioned above to create metabolite profile scores for the participants, and any cases of incident T2D during the follow-up period of the study were recorded. Analyses of these data together with the diet index scores enabled the team to find any correlations between metabolite profile, diet index, and T2D risk.

The study found that compared with participants who did not develop T2D, those who were diagnosed with the disease during follow-up had a lower intake of healthy plant-based foods, as well as lower scores for PDI and hPDI. In addition, they had a higher average BMI, and were more likely to have high blood pressure and cholesterol levels, use blood pressure and cholesterol drugs, have a family history of diabetes, and be less physically active.

Further analysis revealed that after adjusting for levels of trigonelline, hippurate, isoleucine, a small set of triacyglycerols (TAGs), and several other intermediate metabolites, the association between plant-based diets and T2D largely disappeared, suggesting that they might play a key role in linking those diets to incident diabetes. Trigonelline, for example, is found in coffee and has demonstrated beneficial effects on insulin resistance in animal studies, while higher levels of hippurate are associated with better glycaemic control, enhanced insulin secretion and lower risk of T2D. The team suggest that these metabolites could be investigated further and may provide mechanistic explanations of how plant-based diets can have a beneficial effect on T2D risk.

Professor Hu explains: “While it is difficult to tease out the contributions of individual foods because they were analysed together as a pattern, individual metabolites from consumption of polyphenol-rich plant foods like fruits, vegetables, coffee, and legumes are all closely linked to healthy plant-based diet and lower risk of diabetes.”

The authors conclude: “Our findings support the beneficial role of healthy plant-based diets in diabetes prevention and provide new insights for future investigation…our findings regarding the intermediate metabolites are at the moment intriguing but further studies are needed to confirm their causal role in the associations of plant-based diets and the risk of developing type 2 diabetes.”

Since they only collected blood samples at one point in time, the authors also believe that long-term repeated metabolomics data are needed to understand how dietary changes relate to changes in metabolome, thereby influencing T2D risk.