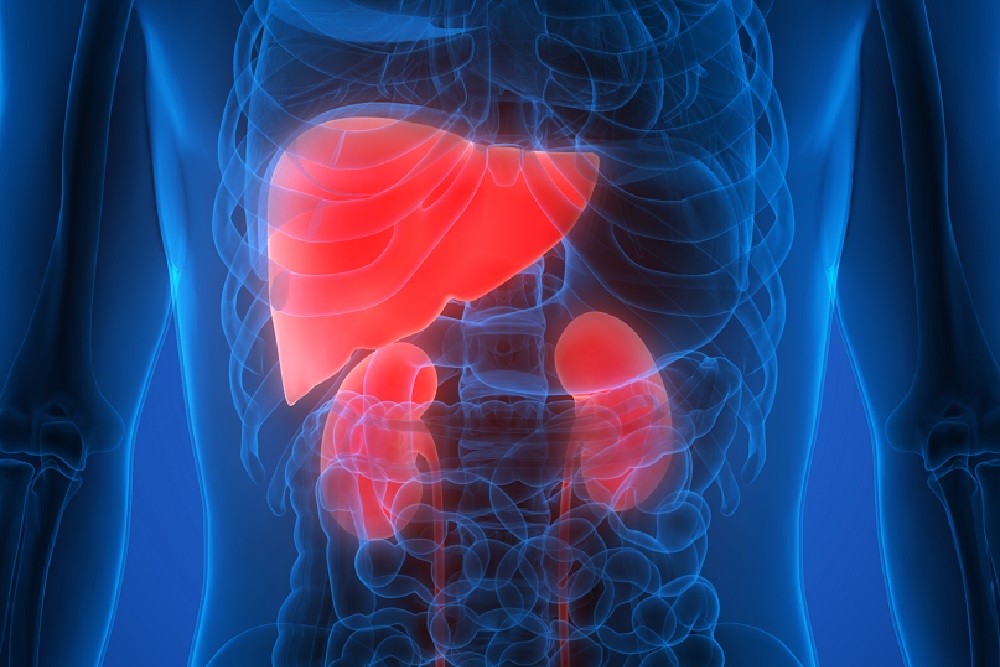 The Gut Shields the Liver from Fructose-Induced Damage

After one consumes food or a beverage containing fructose, the gastrointestinal system, or gut, helps to shield the liver from damage by breaking down the sugar before it reaches the liver, according to a new multi-center study led by researchers in the Perelman School of Medicine at the University of Pennsylvania. However, the consumption of too much fructose—particularly in a short period of time—can overwhelm the gut, causing fructose to “spill over” into the liver, where it wreaks havoc and causes fatty liver, researchers discovered.

The findings, in mice, help to unravel longstanding questions about how the body metabolizes fructose—a form of sugar often found in fruits, vegetables, and honey, as well as most processed foods in the form of high fructose corn syrup. Consumption of fructose has increased 100-fold over the last century, even as studies have shown that excessive consumption, particularly sweet drinks, are linked to non-alcoholic fatty liver disease, obesity and diabetes. The findings were published in Nature Metabolism.

“What we discovered and show here is that, after you eat or drink fructose, the gut actually consumes the fructose first—helping to protect the liver from fructose-induced damage,” said the study’s corresponding author Zoltan Arany, MD, PhD, a professor of Cardiovascular Medicine at Penn. “Importantly, we also show that consuming the food or beverage slowly over a long meal, rather than in one gulp, can mitigate the adverse consequences.”

Studies have shown that the excessive consumption of fructose can be toxic to the liver. When large quantities of fructose reach the liver, the liver uses excess fructose to create fat, a process called lipogenesis. Eventually, people who consume too much fructose can develop nonalcoholic fatty liver disease, a condition in which too much fat is stored in the liver cells.

Until now, it hasn’t been clear whether the gut’s role in processing the fructose prevents or contributes to fructose-induced lipogenesis and the development of liver diseases. For this study, the team of researchers, including Princeton University’s Joshua Rabinowitz, MD, PhD, studied a key enzyme, called ketohexokinase, that controls how fast fructose is consumed. They showed, by genetically engineering mice, that lowering the levels of this enzyme in the gut led to fatty livers in the mice. Conversely, the team showed that increasing the level of ketohexokinase in the gut protected from fatty liver. Thus, the researchers found the breakdown of fructose in the gut mitigates the development of extra fat in liver cells in mice. They discovered that the rate at which the intestine can clear fructose determines the rate at which fructose can be safely ingested.

In addition, the team showed the same amount of fructose is more likely to result in the development of fatty liver when its consumed via a beverage versus food. Similarly, one faces an increased likelihood of developing fatty liver when consuming fructose in a single setting compared to several doses spread over 45 minutes.

“Collectively, our findings show fructose induces lipogenesis when the intake rate exceeds the gut’s capacity to process fructose and protect the liver,” Arany said. “In the modern context of excessive availability and consumption of processed foods, it is easy to see how the resulting fructose spillover would drive metabolic syndrome.”

Researchers noted that more work is needed to determine the extent to which these findings in mice extend to humans. Additional Penn authors include Shogo Wada, Steven Yang and Bridget Gosis.

Penn Medicine is one of the world’s leading academic medical centers, dedicated to the related missions of medical education, biomedical research, and excellence in patient care. Penn Medicine consists of the  (founded in 1765 as the nation’s first medical school) and the University of Pennsylvania Health System, which together form a $7.8 billion enterprise.