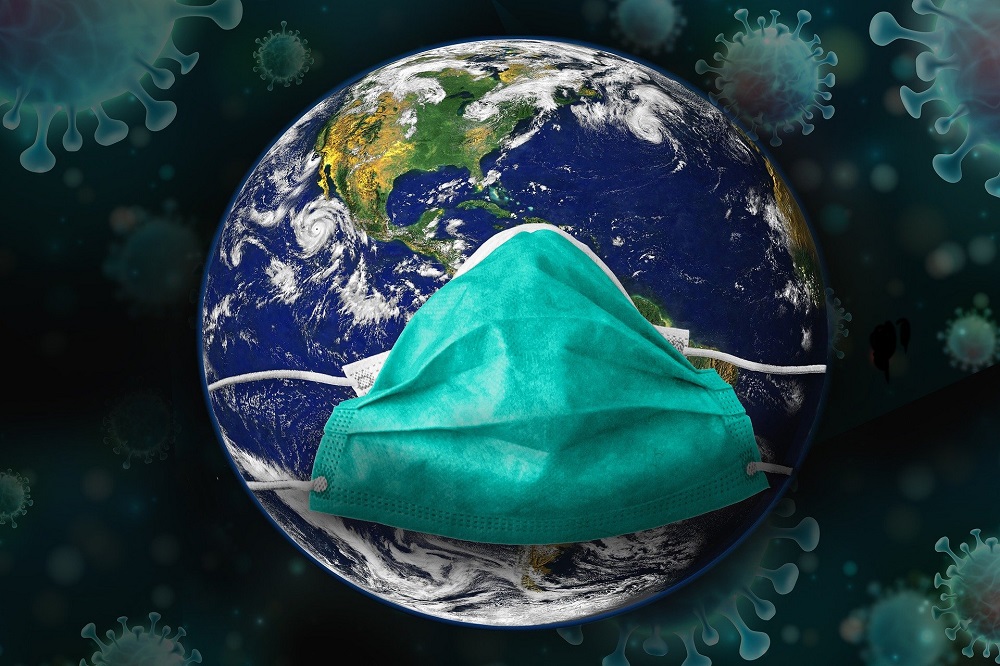 A new tool for studying COVID’s impact on gut health

Most of us are familiar with COVID-19’s hallmark symptoms of a loss of taste or smell and difficulty breathing, but a full 60% of patients infected with SARS-CoV-2 also report gastrointestinal symptoms (GI) such as nausea, diarrhea, and stomach pain. Infection of the gut, which expresses high levels of the ACE2 receptor protein that SARS-CoV-2 uses to enter cells, is correlated with more severe cases of COVID-19, but the exact interactions between the virus and intestinal tissue is difficult to study in human patients. Animal models, while useful, do not fully reflect how human organs react to infection by pathogens, further limiting our current understanding of how coronaviruses like SARS-CoV-2 affect gut health.

To solve that problem, a team of scientists at the Wyss Institute for Biologically Inspired Engineering at Harvard University and several other Wyss partner organizations in Boston used a human Intestine Chip previously developed at the Institute to study coronavirus infection and potential treatments in an environment that mimics the human intestine more effectively than cells grown in a dish.

They infected the Intestine Chip with a coronavirus called NL63 that causes the common cold and, like SARS-CoV-2, uses the ACE2 receptor to enter cells, and then tested the effects of various drugs that have been proposed for treating SARS-CoV-2 infection. They found that a drug called nafamostat reduced infection while the drug remdesivir, which has been used to treat COVID-19 patients, did not reduce infection and actually damaged the intestinal tissue. This new preclinical model, which could be used to identify drugs that can target GI symptoms associated with both the common cold and SARS-CoV-2 virus infections in the future, is described in Frontiers in Pharmacology.

Most in vitro studies of coronavirus infection are performed in organoids (blobs of human organ cells grown in a dish), which lack many of the features of living tissues in human organs. Organ Chips address this issue by providing a physiological environment that recreates the tissue-tissue contact and other physical conditions that organ cells experience in the human body. The Intestine Chip is a device about the size of a USB memory stick made of a clear, flexible polymer through which run two parallel channels: one lined with human blood vessel cells, the other with human intestinal lining cells. A permeable membrane between the two channels ensures that the cells can exchange molecular messengers, and that substances can be delivered into the blood via the gut, mimicking digestion. The tissues in the Intestine Chip are continuously stretched and released to recreate the rhythmic movements caused by muscle contractions in the GI tract.

In addition to ACE2, another membrane protein called TMPRSS2 is also known to be involved in coronavirus infection. The researchers measured how much mRNA coding for each protein were produced by the cells in the Intestine Chip, and found that both were much higher than in cultured human intestine organoids. They also analyzed individual cells’ repertoires of RNA molecules and confirmed that the Intestine Chip contained a variety of cell types found in the human gut, including stem cells, goblet-like cells, and intestinal absorptive cells.

The team then introduced the coronavirus NL63 into the channel lined with intestinal cells and observed what happened. The Intestine Chip did indeed show signs of infection: the layer of gut cells became “leaky” as the connections between them were compromised by the virus. To try to cure the infection, the researchers then administered nafamostat, a short-acting anticoagulant drug, into the channel lined with blood vessel cells to mimic a human being injected with the drug. Nafamostat is a known inhibitor of proteases, a class of proteins that includes TMPRSS2. True to form, nafamostat administration significantly reduced the amount of virus present in the Intestine Chip 24 hours after infection, though it did not restore the integrity of the connections between the cells.

Then the team tried the same experiment using remdesivir, an antiviral drug that received Emergency Use Authorization from the US Food and Drug Administration for use in treating COVID-19. To their surprise, they found that remdesivir didn’t reduce the amount of virus in the Intestine Chip, and it also damaged the cells in the blood vessel channel, causing them to detach almost completely from the channel wall.

“We were surprised that remdesivir displayed such clear toxicity to the vascular tissue in the Intestine Chip. GI symptoms have been previously reported in clinical trials of remdesivir, and this model now gives us a window into the underlying causes of those symptoms. It could also help us better understand the efficacy and toxicity of other similar drugs,” said co-first author Girija Goyal, Ph.D., who is a Senior Research Scientist at the Wyss Institute.

Having established that their Intestine Chip could successfully model interactions between viruses, drugs, and the gut, the team tested a variety of other drugs that are taken orally including toremifene, nelfinavir, clofazimine, and fenofibrate, all of which have been shown to inhibit infection by SARS-CoV-2 and other viruses in vitro. Of those, only toremifene showed similar efficacy to nafamostat in reducing NL63 viral load.

Because the immune system interacts with both pathogens and drugs via the inflammatory response, the researchers then introduced a mixture of human immune cells called peripheral blood mononuclear cells (PBMCs) into the blood vessel channel of the Intestine Chip to study this process. They found that more PBMCs attached themselves to the blood vessel wall in chips that had been infected with NL63 than in uninfected chips, and that the blood vessel cells were damaged. They also observed that NL63 infection caused the secretion of multiple inflammatory cytokines that signal the body to recruit immune cells to the infection site.

Pre-treating the Intestine Chip with nafamostat prior to the introduction of the virus and PBMCs did reduce the secretion of some cytokines, but it did not mitigate the blood vessel damage, nor did it suppress the inflammatory response completely. Nafamostat pre-treatment did, however, increase the production of an antimicrobial protein called Lipocalin-2, implying that this type of protein could play a role in the cellular response to coronavirus infections.

“This study demonstrates that we can explore complex interactions between cells, pathogens, and drugs in the human intestine using our Intestine Chip as a preclinical model. We hope it proves useful in the ongoing effort to better understand the effects of SARS-CoV-2 and to identify drugs that could be used to combat future viral pandemics,” said senior author and Wyss Founding Director Don Ingber, M.D., Ph.D., who is also the Judah Folkman Professor of Vascular Biology at Harvard Medical School and Boston Children’s Hospital, and Professor of Bioengineering at the Harvard John A. Paulson School of Engineering and Applied Sciences.