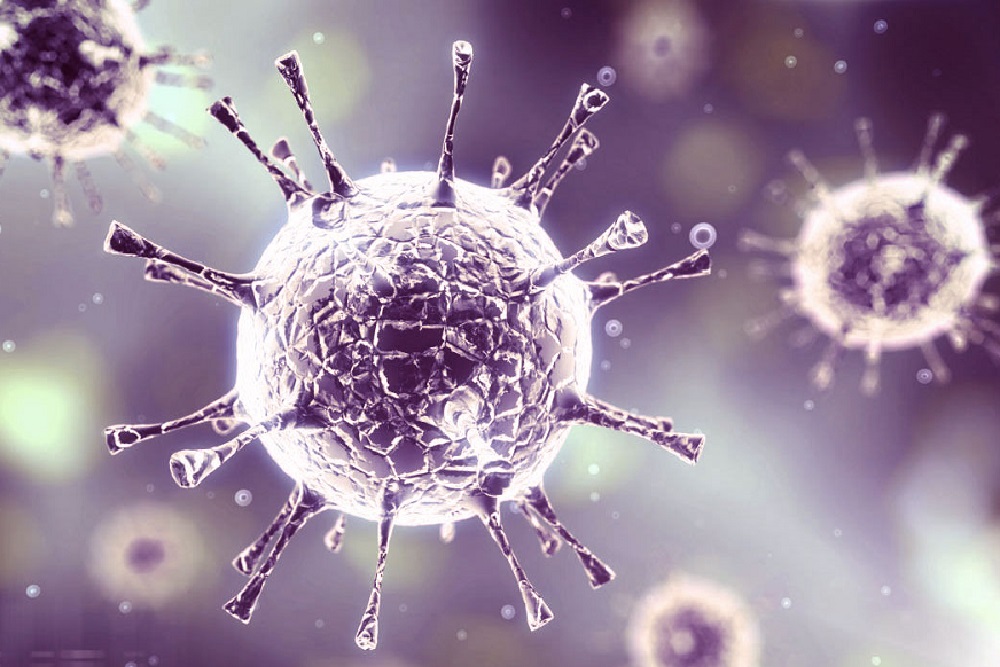 Every day, the billions of bacteria that inhabit your digestive system change; the food you eat, medications you take, and germs you’re exposed to make some bacteria flourish more than others. Scientists know that this ever-shifting balance of gut microbes is linked to your health and disease, but have struggled to pin down what makes one microbial balance better than another.

Over the past decade, scientists have generally described a person’s microbiome—the collection of microbes found in the human gut—by characterizing what species of bacteria are present, and in what amounts. Now, a group of researchers led by Katie Pollard, PhD, at Gladstone Institutes have published two new studies that suggest monitoring the strains of bacteria—and not just the species—may provide better insights into the microbiome.

Bacterial strains are a little like dog breeds or tomato varieties—parts of the same species, yet distinct from one another.

“I think researchers have been missing a lot of information by just focusing on the species of microbes,” says Pollard, director of the Gladstone Institute of Data Science and Biotechnology and lead author of the two studies. “When we take a more fine-grained approach and look at the strains of bacteria, I predict that we’ll start finding causal links between the microbiome and diseases.”

In one study published in the journal Nature Biotechnology, Pollard’s lab worked with Stephen Nayfach, PhD, a research scientist at the US Department of Energy Joint Genome Institute, to develop a new computational method to analyze the strains of bacteria present in a microbiome sample much more quickly and affordably than existing technologies. The new approach, Pollard says, will enable researchers to carry out bigger and more precise analyses of the microbiome than ever before.

In a separate paper published online in Genome Research, Pollard collaborated with the labs of Benjamin Good, PhD, and Michael Snyder, PhD, at Stanford University to track the strains of bacteria present in one person’s microbiome at 19 different time points over a 5-month period, including before and after a course of antibiotics. They found that, in some cases, the abundance of a species of bacteria remained constant between time points, but the strains within that species changed dramatically.

Inside your gut, bacteria probably do more than just digest your food. Indeed, studies have shown that people with diseases as diverse as inflammatory bowel disease, asthma, autism, diabetes, and cancer have different bacteria in their digestive systems compared to healthy people. But few treatments targeting the microbiome have emerged from these observations so far.

Since every bacterium has its own genetic code, scientists rely on DNA sequencing to uncover what bacteria inhabits any given person’s microbiome. But analyzing the DNA sequences is difficult due to the size and complexity of the data. Although researchers can use existing methods to determine what species are present, these only provide part of the picture of the microbiome’s diversity and function. That’s because the different strains in a single species of bacteria can harbor significant genetic differences, which are often large enough to induce different behaviors.

Until now, identifying genetic differences in a microbiome sample has required high-performance computing power and cloud storage—something not available to most labs. Researchers had to compare millions of DNA fragments from the genomes of thousands of bacteria present in the microbiome to a database with the sequences of every known microorganism, using a technique known as sequence alignment.

“The algorithms to analyze genetic sequences were developed for human genomes,” says Pollard, who is also a professor at UC San Francisco and a Chan Zuckerberg Biohub investigator. “They work great for the challenge of sequencing a single organism’s genome, but not for our purposes of sequencing the genomes of thousands of unknown organisms at once.”

Pollard and her colleagues knew that long stretches of genome sequences are common among many bacterial species or strains. So, these sequences cannot be used to help pinpoint a specific bacterial strain. Inspired by approaches that analyze only the most variable regions of the human genome, the team set out to find the minimum amount of sequence information they’d need to cull from the microbiome data to identify what strains it contained.

The researchers analyzed over 100,000 publicly available and high-quality genomes from approximately 900 bacterial species commonly found in the human gut. They discovered 104 million short strings of DNA in the bacterial genomes that vary most often between strains of bacteria. Then, they used this information to design a new algorithm, dubbed GenoTyper for Prokaryotes (GT-Pro), that searches the microbiome sequence data for exact matches to the key strings that act as identifiers for bacterial strains. Unlike previous sequence alignment methods, GT-Pro fits in the memory of a laptop and doesn’t require high-performance computing and cloud credits.

“With the explosion of newly sequenced genomes from the gut microbiome and other environments, we can now create detailed genetic maps for thousands of bacterial species,” says Nayfach. “Our approach leverages this prior information to rapidly and comprehensively identify the genetic variants in a microbiome sample without performing time-consuming sequence alignments.”

The research field has previously been limited by the fact that only a few labs around the world have the money or computer hardware to analyze microbiome data at the resolution of strains.

“Our new algorithm opens the door for everyone to be able to achieve this level of resolution on a personal computer,” says Pollard.

Before and after Antibiotics

One of the questions that microbiome researchers have been striving to answer in recent years is how much the microbiome changes in one person’s body over time. This question has been addressed at a species level; scientists have tracked how the species composition of people’s microbiomes changes along with diet, disease, or environmental changes. But results have failed to explain how the microbiome gains new functions, such as antibiotic resistance or the ability to inactivate chemotherapy drugs, when species composition remains stable from month to month.

Pollard and her colleagues wanted to delve into this question at a deeper level, by analyzing how the strains of bacteria, rather than just species, change over time. They repurposed a method designed for sequencing single human cells and used it to barcode bacterial DNA molecules. This enabled the group to track individual strains of bacteria in one person over the course of a 5-month study.

The team sequenced the microbiome of a healthy individual approximately once a week over 5 months. During that time period, the subject was surprisingly diagnosed with Lyme disease and received a 2-week course of antibiotics—known to eliminate many species of bacteria, including those that live in the human gut.

In some cases, this was true—certain species, and strains, of microbes were remarkably resilient, present with nearly unchanged genomes at the start and finish of the 5-month period. But in other cases, the strains present after antibiotics were genetically different from those at the start even though the abundance of the species did not change. Importantly, these differences would have been missed if the team had only analyzed the species present in each microbiome sample.

Although the GT-Pro algorithm was not yet available to be used in this study, Pollard says it would make similar future studies much easier—and cheaper—to conduct.

The bacteria in your body are like a jungle—a living, changing ecosystem with organisms co-existing in a delicate balance. When looking at satellite images from above, ecologists can monitor the most profound, drastic changes to a jungle, but they’ll miss out on the finer intricacies that shape the environment.

Similarly, those studying the microbiome by watching how species change have been getting a high-level view of the network, and seeing only the most obvious connections to health and disease. But with GT-Pro and a new view of microbe strains, Pollard says, new links will become apparent.

“There’s still a lot of work to be done to understand the functional consequences of differences in the microbiome,” says Pollard. “But until now, we haven’t had the right measurement tools to ask these questions—and now we do.”

The paper “Fast and accurate metagenotyping of the human gut microbiome with GT-Pro” was published by the journal Nature Biotechnology on December 23, 2021. Other authors include Zhou Jason Shi from Gladstone, and Boris Dimitrov and Chunyu Zhao from the Chan Zuckerberg Biohub. The study was funded in part by the National Science Foundation (grant DMS-1563159) and the Chan Zuckerberg Biohub.

The paper “Longitudinal linked-read sequencing reveals ecological and evolutionary responses of a human gut microbiome during antibiotic treatment” was published in the August 2021 issue of the journal Genome Research. Other authors include Morteza Roodgar, Mohan Avula, Wenyu Zhou, Samuel Lancaster, Hayan Lee, Afshin Babveyh, and Sophia Nesamoney from Stanford University; Nindita Garud of the University of California, Los Angeles; and Stephen Martis of the University of California, Berkeley. The work was supported in part by the US National Science Foundation (DMS-1563159) and the Chan Zuckerberg Biohub.

To ensure our work does the greatest good, Gladstone Institutes focuses on conditions with profound medical, economic, and social impact—unsolved diseases. Gladstone is an independent, nonprofit life science research organization that uses visionary science and technology to overcome disease. It has an academic affiliation with the University of California, San Francisco.

PrevPreviousThe impact of drugs on gut microbes is greater than we thought
NextDon’t be afraid to ask IBD patients about sexual dysfunction, reproductive issuesNext