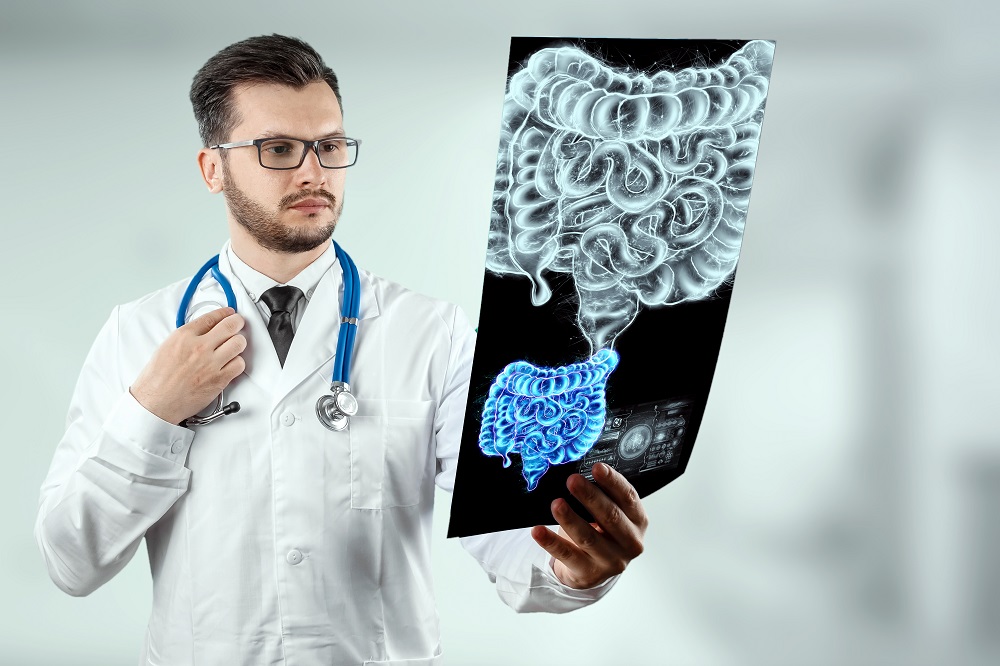 Better understanding of the development of intestinal diseases

Humans have just as many microbes in their microbiota as there are cells in the body, and most of these are in the large intestine (colon). They are an important part of our ‘digestion’ because they can harvest energy from many foods that evade our digestive enzymes. Unfortunately, whilst it is easy to collect fecal samples, it has been largely impossible to study the lower small intestine because this can only be reached during a surgical operation or after purging the intestinal contents to allow safe passage of an endoscope.

The small intestinal microbiome has remained almost “terra incognita” within the human gastrointestinal tract, despite the fact that the small intestine is essential for life and it absorbs 90% of all our calories. Researchers led by Andrew Macpherson and Bahtiyar Yilmaz from the Department for Biomedical Research at the University of Bern and the University Clinic for Visceral Surgery and Medicine at the Inselspital have now been able to examine the intestinal bacteria of the human small intestine in a simple and innovative way to show how they support the digestive process by reacting dynamically to the human nutritional status. While the gut bacteria (microbiota) of the large intestine remain relatively stable throughout life, those in the small intestine have been shown to be very unstable: they largely disappear when we fast overnight and reappear when we eat in the morning. These findings are important for a better understanding of the development of intestinal diseases such as celiac disease or Crohn’s disease. The study is published in the journal Cell Host and Microbe.

The researchers were able to examine patients whose lower small intestine (ileum) had needed surgery for cancer. Once these patients have healed, in some cases the ileum ends as an artificial opening on the abdominal wall. In this way, the researchers had direct access to the small intestinal bacteria and were able to examine what was happening in “real time.” The bacterial samples were analyzed using the latest sequencing methods. It was shown that the number of bacteria in the ileum depends to a large extent on the nutritional status of the patient: periods without food largely eliminate the bacteria in the small intestine. After a meal, the bacteria “bloom” again. Despite these diet-related fluctuations in “biomass,” the various types of bacteria do not become extinct, even if their numbers are very small. “Rather, each species is made up of a large number of subspecies that coexist — much like the different variants of COVID-19 that appear and disappear in the human population — and the proportions of each subspecies change very quickly, even within hours of eating a meal,” said Dr. Bahtiyar Yilmaz, first author and corresponding author of the study.

The close collaboration between clinic and basic research, that exists between the University Hospital Bern and the University of Bern, proved to be particularly valuable here: “The availability of different types of samples, combined with an unprecedented documentation of the clinical details by the medical staff of the University Hospital Bern and the in-depth microbial sequencing with the University of Bern’s next-generation sequencing platform make our study unique,” says Yilmaz. The results show that the use of ‘ostomy samples is very effective and simple to characterize the intestinal flora of the small intestine. The researchers were also able to demonstrate that the samples from patients with a stoma of the small intestine are representative of the intestinal flora of the small intestine without surgery.

“Ecosystem” in the small intestine

“We think of these changes in the intestinal bacteria in the small intestine as an ecosystem,” explained Andrew Macpherson, head of the study and senior author. “Because the system is so flexible, each bacterial species can adapt to a changing environment in the small intestine by changing the proportions of subspecies and thus prevent the species as a whole from dying out.” In this way, the intestinal bacteria avoid species extinctions — unless there are “bottlenecks” due to illness, malnutrition or environmental pollution. The findings can help to understand the interactions between the host and intestinal bacteria in intestinal diseases such as Crohn’s disease, celiac disease or chronic inflammation of the large intestine (ulcerative colitis) and form the basis for new therapeutic approaches.

This study was funded by the Swiss National Science Foundation (SNSF) and the European Research Council (ERC).

Better understanding of the development of intestinal diseases — ScienceDaily