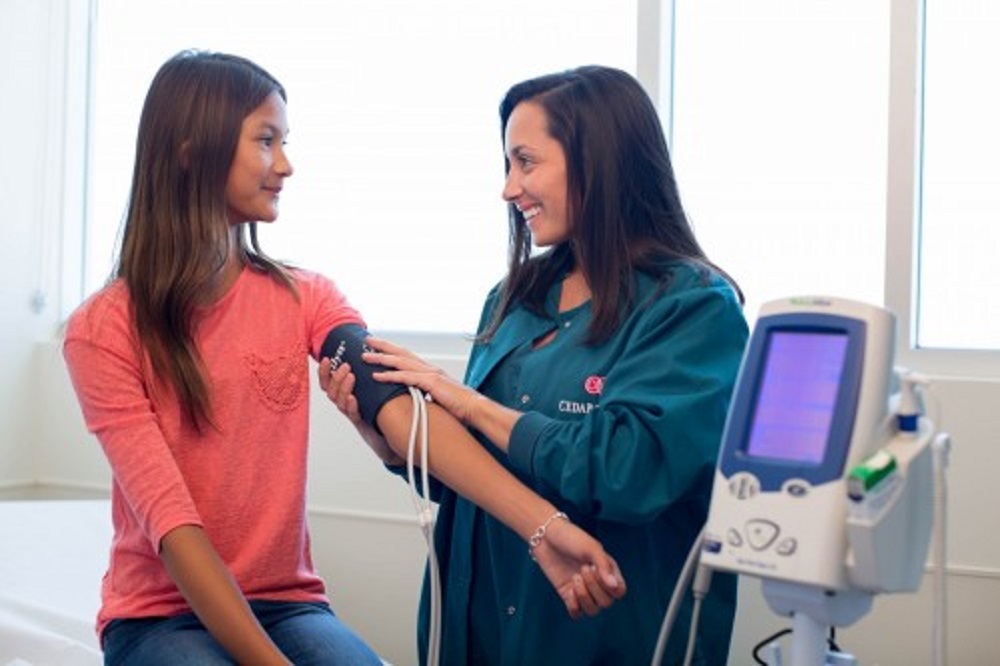 “We now understand the likelihood for developing high blood pressure—whether early or late in life—is more genetically determined in women than in men,” said Susan Cheng, MD, MPH, MMsc director of the Institute for Research on Healthy Aging in the Department of Cardiology at the Smidt Heart Institute and lead author on the study. “In other words, a woman with low genetic risk is less likely to develop hypertension than a man with low genetic risk. Conversely, a woman with high genetic risk is more likely to develop hypertension than a man with high genetic risk.”

Cheng and her research team used blood pressure and genotype data collected from more than 200,000 women and men who were followed for over five decades. Results confirmed their hypothesis that sex-specific genetic risk traits are more profoundly associated with risk for hypertension in women than in men—particularly for the type of hypertension that starts early in life.

The findings have important clinical implications for patients and their physicians, particularly because, according to researchers, high blood pressure can often be overlooked by patients as something related to stress that might go away on its own.

“Hypertension is a major health problem with various underlying causes, including genetics and environmental factors,” said Christine M. Albert, MD, MPH, chair of the Department of Cardiology at the Smidt Heart Institute. “This key study helps to clarify how the genetic causes of hypertension are especially strong in women compared to men, highlighting the need for both physicians and patients to pay even more attention to hypertension risks in women.”

Prior to this study, researchers knew that certain factors, such as diet and exercise, could affect blood pressure, and that for people who become hypertensive earlier in life, the underlying drivers of higher blood pressure are more likely to be genetic.

High blood pressure, also known as hypertension, is the leading risk factor for cardiovascular diseases, like heart attack, stroke and heart failure. Only about a third of Americans with high blood pressure have their condition controlled to safe levels, making it the most common chronic disease in the Western world.

“We have very effective tools for managing high blood pressure,” said Cheng, who also serves as professor of cardiology and the Erika J. Glazer Chair in Women’s Cardiovascular Health and Population Science. “We now recognize more clearly that people who develop hypertension, especially earlier in life and especially women, deserve to have every best option made available to achieve blood pressure control and minimize their overall risks for potential downstream heart disease or stroke.”

The researchers plan to next identify which specific genes may be playing an important role in women compared to men and assess the potential utility of sex-specific genetic risk-screening tools.

The Smidt Heart Institute is at the forefront of studying the effects of blood pressure in patients and was the first to show that women have a lower “normal” blood pressure range compared to men.

Other recent research has added to the evidence that convenient, community-based, health programs can cost-effectively control high blood pressure and prevent heart attack and stroke. One study is evaluating sudden cardiac arrest in a Southern California community that includes Latinx and Asian American residents. Another study looks at barbershop patrons’ virtual visits with pharmacists.