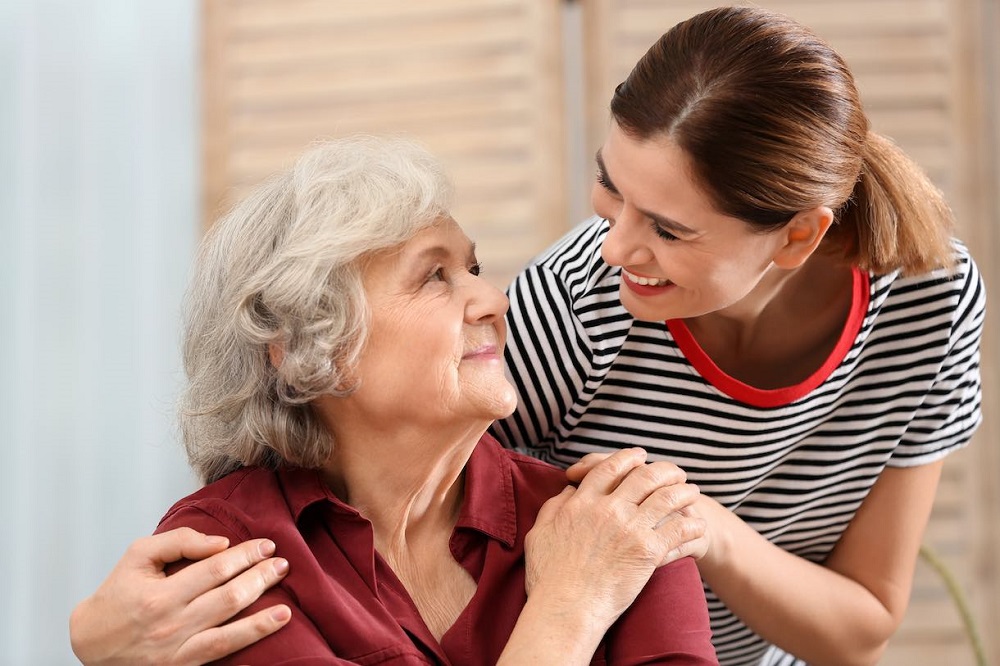 For women, greater exposure to estrogen in life may protect brain regions that are vulnerable to Alzheimer’s

The drop in estrogen levels that occurs with menopause brings declines in the volumes of “gray matter,” the cellular matter of the brain, in key brain regions that are also affected in Alzheimer’s disease. But a new study from Weill Cornell Medicine researchers, in collaboration with the University of Arizona, suggests that greater cumulative exposure to estrogen in life, for example from having had more children or from having taken menopause hormone therapy, may counter this brain-shrinking effect.

The findings, reported Nov. 3 in Neurology, come from an analysis of personal histories, MRI scans and cognitive tests on 99 women in their late 40s to late 50s. The researchers confirmed an earlier finding linking menopause to lower gray matter volume (GMV) in brain areas that are also vulnerable to Alzheimer’s. But they also linked indicators of higher overall estrogen exposure, such as a longer span of reproductive years (menarche to menopause), more children and the use of menopause hormone therapy and hormonal contraceptives, to higher GMV in some of these brain areas.

The study was an observational study rather than a clinical trial, but it adds to the evidence that estrogen may have a protective effect on the female brain, limiting the loss of gray matter that normally comes with menopause, and thereby potentially reducing Alzheimer’s risk.

Researchers estimate that nearly two thirds of those living with Alzheimer’s in the United States are women. The higher prevalence of Alzheimer’s in women may be due in part to women’s greater longevity, among other reasons. A leading hypothesis is that that vulnerability relates to estrogen.

Receptors for estrogen molecules are found in cells throughout women’s brains, and the sex hormone has long been known not just to help steer brain development and behavior but also generally to have a nourishing and protecting role in the central nervous system. That protection doesn’t last forever, though. Estrogen levels decline steeply during the transition through menopause, and as recent research from Dr. Mosconi and others has shown, women tend to experience significant GMV loss during this transition.

The volume loss occurs especially in brain regions that are the most heavily affected in Alzheimer’s, and at roughly the same time of life when the long, slow process of late-onset Alzheimer’s is believed to start. Thus, women’s mid-life loss of estrogen may be a key factor behind the higher risk of Alzheimer’s.

The flip side of this hypothesis is that more estrogen, in particular a cumulatively greater estrogen exposure, could serve as a counter to the brain-weakening effect of menopause. That possibility is what Dr. Mosconi and her team sought to investigate in the new study.

The analysis covered 99 women aged 46-58 and a comparison group of 29 similarly aged men. It confirmed that the post-menopausal and peri-menopausal (starting menopause) women, compared with the pre-menopausal women and the men, had significantly lower GMV — adjusted for age and head size — in brain areas such as the hippocampus, entorhinal cortex and temporal lobe regions, which are heavily affected by Alzheimer’s.

By contrast, among the women, having more estrogen exposure as implied by various factors was associated with greater GMV in certain brain areas. Longer reproductive span, for example, was significantly linked to more GMV in a cluster of regions near the top of the brain including the superior parietal lobule and precuneus of the left hemisphere. Having had more children was significantly associated with more GMV in inferior and middle frontal gyri, and middle and inferior temporal gyri. Having used hormone replacement therapy was associated with more GMV in superior frontal gyrus and several other brain regions. All these brain regions are known to be affected by aging and Alzheimer’s.

The results support the idea that estrogen can be protective, the researchers say, and suggest that further investigation of the specific biological pathways underlying this effect could yield medical or lifestyle changes that help women reduce their risk of cognitive decline with aging as well as Alzheimer’s dementia risk.

“We’re hoping now to get further into the details of these links between estrogen and GMV, for example by comparing the effects of surgical menopause and spontaneous menopause, and by focusing specifically on certain types of estrogen exposure, such as menopause hormone therapy,” said study first author Eva Schelbaum, research assistant in Dr. Mosconi’s laboratory. “The goal as always is to understand why Alzheimer’s affects more women than men, and how we can reduce that risk.